Proof of Covid-19 vaccination, or negative testing within 72 hours of show plus matching photo ID will be required to obtain entry to the venue.

Beyond sales of 10 million records, four top 10 songs, hundreds of millions of streams, and millions of tickets sold, Sugar Ray—co-founded by Mark McGrath [vocals] and Rodney Sheppard [lead guitar]—embody the endless summer of popular music and culture. How many artists still pack sheds a whole generation removed from their genesis? How many acts can claim sharing the stage with The Rolling Stones, KISS, and Sex Pistols, collaborating with Run-DMC, and being interpolated by Post Malone? Just Sugar Ray…

Lead singer Mark McGrath says “We’re friends who started a band to have fun. When you come to see us live, I want you to have fun too. The idea is the same is it was in 1988. So many things have happened since then, but Sugar Ray is still my life. It’s what defines me. We’re the guys next door, yet we’ve made an impact. I know what the future’s going to be for Sugar Ray—and I love it. I also know if you’re having half as much fun as I am at a show, we’re doing something right.”

Experience a night of hilarious comedy, with one of comedy’s hottest stars- Brian Regan!

Critics, fans and fellow comedians agree: Brian Regan is one of the most respected comedians in the country with Vanity Fair calling Brian, “The funniest stand-up alive,” and Entertainment Weekly calling him, “Your favorite comedian’s favorite comedian.”  Having built his 30-plus year career on the strength of his material alone, Brian’s non-stop theater tour continuously fills the most beautiful venues across North America, visiting close to 100 cities each year. 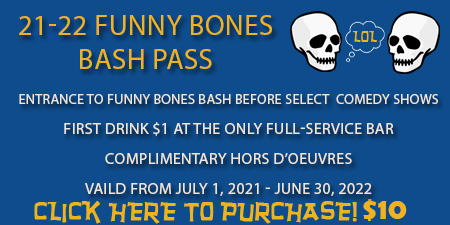 *ALL SALES ARE FINAL NO REFUNDS*

The North Carolina Music Hall of Fame inductee notably performed for President Barack Obama and First Lady Michelle, cementing his place in the history books as the "narrator of love." Introduced by way of the iconic 2003 smash "Charlene," his raw, awe-inspiring performances garnered the attention of NPR where he starred in their Noteworthy documentary series. He made his film debut in the critically acclaimed American Gangster, and lent his vocals to the song "Freedom" from the Academy® Award-nominated film Django Unchained.

Hamilton now adds author and publisher to his list of accomplishments with the unveiling of his first self-published book, Cornbread, Fish 'n Collard Greens, where he shares the inspiration for some of the iconic songs in his illustrious career and his love of southern food. Hamilton recently starred as Kyle Kirby in the feature film Carl Weber's Influence, now streaming on BET+.

24K Magic, Bruno Mars Tribute Band is the #1 Bruno Mars tribute show in the country! Their high energy show will have you singing and dancing to all the hits you know and love, like “Uptown Funk,” “Locked Out of Heaven,” and of course “24K Magic.” The members of 24K Magic are world class professional musicians who have worked with the music industry’s best. Together, they deliver the ultimate Bruno Mars concert experience. With flawless vocals, expert musicianship, and tight choreography, you’d think you were watching the real thing. Don’t believe just watch!

WAR! Multi-platinum-selling WAR,  the  original  street  band,  has  been  sharing  its  timeless  music  and  message  of  brotherhood  and  harmony  for  over  4  decades  before  millions  across  the  globe.The  long  list  of  hits  includes  “Low  Rider,”  “The World  Is  A  Ghetto,”  “Why  Can’t  We  Be  Friends,”    “The  Cisco  Kid,”  and  many  more.  The  phenomenal  group  has  been  honored  twice  by  its  hometown  of  Los  Angeles for making positive contributions to the betterment of the community with its powerful music and has been honored by President Obama as “All Day Music” was  placed  on  his  official  playlist  of  the  Summer.  More  recently,  LA  Weekly  declared  WAR  in  the  top  10  concerts  of  2018. With  12  Billboard  Top  40  Hits,  7top 10 ten hits, over 50 million records sold to date, and countless samples and nods  by  artists  such  as  Kendrick  Lamar,  Flo-Rida,  Tupac,  Smash  Mouth,  Janet  Jackson, Dave Matthews, Korn, and countless others, WAR has not only sealed their  status  as  a  household  name,  but  has  also  proven  that  their  music  and  message continues to be as relevant as ever today as they have always been.

The Commodores! For three decades, the Commodores have remained a force in the music industry.  “The Legends  of  Motown”,  “Hit,  After  Hit,  After  Hit”,  “Grammy  Award  Winners”,  “All  The Emotion,  All  the  Excitement”,  “If  You  Haven’t  Seen  Them  Live,  You  Haven’t  Heard  The Commodores”. The Commodores  aren’t  just  any  group.    They have staying power.    Just like their  hit song "Brick House," the Commodores have created a foundation that just won’t budge. After  churning  out  hit  after  hit  in  the  Motown  days,  the  Commodores  still  hadn’t achieved Grammy recognition.  This wasn’t to be until 1986, without Lionel Richie, when the Commodores released “Night Shift”. In  1968  the  group  was  formed  while  all  the  members  were  in  college  at  Tuskeegee Institute.  After being discovered by Berry Gordy, the Commodores went on to sell over 60  million  records  for  Motown.    With  hits  like  “Machine  Gun”  and  “Sail  On”,  the Commodores  became  proven  artists.    They  proved  it  then.    They proved it  in  1986  with “Night Shift”, and now they are ready to prove it again.

Daryl Hall is a modern-day renaissance man, an inductee into the Rock and Roll Hall of Fame with the best-selling duo of all time, the star of his very own award-winning web series-turned-TV staple, Live from Daryl’s House, as well as a successful venue owner with “Daryl’s House,” a restored live music space in Pawling, N.Y. In support of the release of BeforeAfter (Legacy Recordings), the first-ever solo retrospective by Daryl Hall, the Rock and Roll Hall of Famer has announced yet another seven date expansion of his first solo tour in a decade. The tour launched April 1st, simultaneously as his first-ever solo retrospective, BeforeAfter, a two-disc set released by Legacy Recordings, a division of Sony Music Entertainment. Compiled and sequenced by Hall, BeforeAfter features thirty tracks spanning all five of his solo albums, from the 1980’s Robert Fripp-produced Sacred Songs through 2011’s Laughing Down Crying, which was co-produced with longtime Hall compatriot T-Bone Wolk, who sadly passed before the album was released.

Proudly presented by Bank of Botetourt