Proof of Covid-19 vaccination, or negative testing within 72 hours of show plus matching photo ID will be required to obtain entry to the venue.

Scooby-Doo! and The Lost City of Gold, a live musical stage spectacular created by Ella Louise Allaire & Martin Lord Ferguson, kicks off on January 15 in Montreal, followed by a 2022 US tour which starts in Roanoke on January 25. One of the most beloved international franchises of all time, Scooby-Doo and his meddling, mystery-solving friends will embark on a new adventure to solve a brand new mystery brought to life with cutting-edge technology, original music, puppetry, magic, singing, dance, interactive video, aerial arts, acrobatics, and video mapping.

Guns and Hoses is an annual charity ice hockey tournament played in Roanoke, Virginia, to benefit the Muscular Dystrophy Association, the official charity of the International Association of Firefighters. Last year alone, the I.A.F.F. raised more than $25 million for the MDA through events such as this.

Each year, local Roanoke-area firefighters (the “Hoses”) take on a team of local Roanoke-area police officers and law enforcement personnel (the “Guns”). During the last 15 years, Roanoke’s Guns and Hoses has raised more $300,000 for the MDA, and more than 66,000 people have attended the games, including three consecutive sellouts the last three years!

We’d like to thank our fans and sponsors for their continued support in making Guns & Hoses not only possible, but a huge success and blessing to those benefiting from the MDA and the work they do. Thank you

Hey were just four guys from Jersey, until they sang their very first note. They had a sound nobody had ever heard… and the radio just couldn’t get enough of. But while their harmonies were perfect on stage, off stage it was a very different story — a story that has made them an international sensation all over again.

Go behind the music and inside the story of Frankie Valli and The Four Seasons in the Tony Award®-winning true-life musical phenomenon, Jersey Boys. From the streets of New Jersey to the Rock and Roll Hall of Fame, this is the musical that’s just too good to be true.

Annual Greater Roanoke Home & Garden Show 2022 is one of the most prestigious show that is dedicated to the field of home and garden industry. The show will be continuing for the duration of three days in Roanoke, Virginia, United States of America. The show will attract more and more visitors as well as exhibitors to participate and direct connect and interact with each other on the most recent market innovations and lucrative business opportunities in the respect industry and enhance their business in the global market.

The Big Lick Comic Con is Virginia's best comic and pop culture celebration! Returning to Roanoke, VA Feb. 12-13th 2022 to the Berglund Center. Featuring a massive display of comic, toy, gaming and collectible vendors and exhibitors plus incredible artists, creators and more alongside amazing special guests including the legendary LeVar Burton and more to be announced! 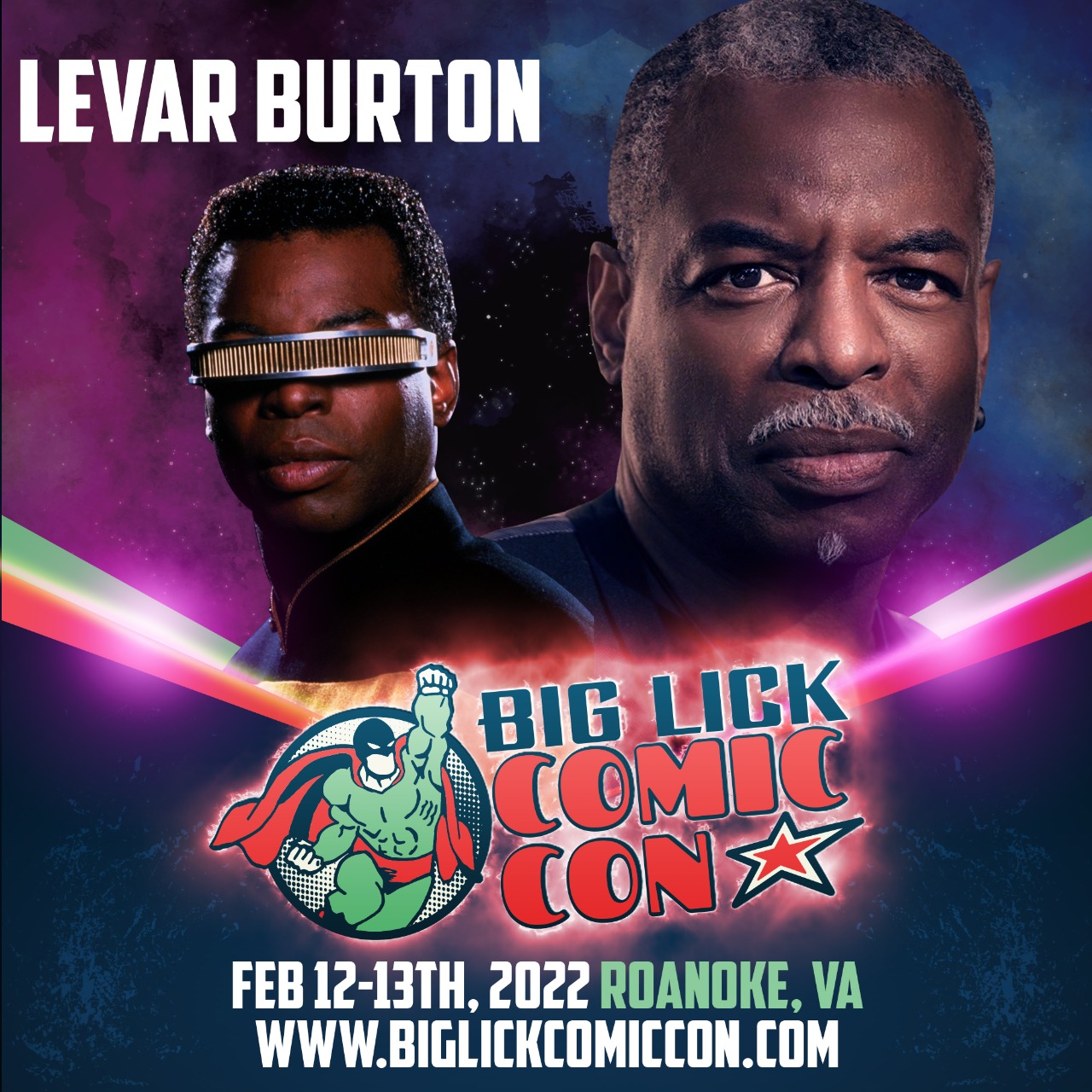 “Blippi The Musical” brings the energetic and loveable character Blippi off the screen and onto the stage with world-class production, audience engagement and amazing music. Children from the ages of 2 to 7 years old across the world have quickly taken a liking to Blippi’s charismatic personality and innovative teaching lessons! In the Live show they will continue to learn about the world around them while singing and dancing along with this one-of-a-kind show.

See the moving musical production “Cross That River”- the story of an important moment in American history, where Black cowboys helped settle the West! Coming to Berglund Center February 18!

The unsettled West of the 1860s provides a new life and new dreams for Blue, a run-away slave, who escapes from slavery to Texas to become one of America’s first Black Cowboys. This compelling tale of freedom integrates fiction with historical fact, and each song presents a different page in this complicated chapter of American History. The story of Blue begins in Louisiana, and with every song of this highly infectious score, the audience is moved further along on Blue’s harrowing journey across the Sabine River to freedom in the Wild West. Each song tells a unique story, at times joyful, sometimes tragic, but mostly a poignant chronicle of enduring perseverance.

Award-winning musician, Allan Harris, wrote Cross That River to tell the untold story of the Black West and empower Americans with an inspiring story of hope and freedom. Tony Bennett has called Harris “my favorite singer.” He’s performed with Wynton Marsalis and the Jazz at Lincoln Center Orchestra, at Carnegie Hall, the Algonquin’s Oak Room, and the Winter and Summer Olympics. He’s performed with musical legends Vince Gill and Stevie Wonder.

Memories of his early career playing guitar and singing with country rock bands inspired Allan to create his 2006 song-cycle Cross That River, a stunning portrait of the African American West. Cross That River recently finished a five-week run in New York City to critical acclaim.

BERT KREISCHER is a stand-up comedian, actor, writer and host who performs to sellout crowds across the country. His most recent stand up special “Hey Big Boy”, as well as “Secret Time” and “The Machine” are currently streaming globally on NETFLIX.  Described as having a “rare and incredible talent” (Interrobang), Bert has evolved from being named Rolling Stone’s 1997 "Number One Partier in the Nation" to one of the top names in comedy. Between his four stand-up specials, his two podcasts: “Bertcast,” and “2 Bears 1 Cave,” his Netflix show: “The Cabin,” and his book Life of the Party: Stories of a Perpetual Man-Child (2014), Bert has succeeded in finding the elusive blend of “being a cringe comedian with real insight” (Interrobang). Lauded as one of the best storytellers of his generation, Bert seamlessly and sincerely shares anecdotes about his family and fatherhood while showing his ability to prove “that there’s a way to take his [party-boy] antics into middle-age,” (Forbes). His infamous story about robbing a train with the Russian Mafia was optioned by Legendary (the studio behind The Hangover Series, Jurassic World, and Straight Outta Compton) and is currently in post-production. Bert also hosts, “The Go Big Show” on TBS, where he just wrapped season 2. In 2020, Bert launched The Berty Boy Tour, where he did shows in even larger venues across the country, which was halted due to the pandemic. Bert then launched his Hot Summer Nights Tour, being the first comedian to tour drive-in movie theatres around the nation. He sold out every show and reached the number 1 spot on Pollstar ticket sales, receiving the Damn The Torpedoes: 2020-2021 Touring Artist award, “providing a chance for fans eager to experience live shows again” (Pollstar). In 2021, Bert was honored by Variety with the Creative Impact in Comedy award, to celebrate his continued success and impressive innovation, quoting his sincere nature that his “success isn’t a surprise…and he couldn’t be anything, but himself” (Variety). Kreischer recently launched The Berty Boy Relapse Tour picking back up from where he left his tour pre-pandemic.